Apparently my "worn out" rant the other day was legit ... precursor to being sick. Yesterday I felt more run down interspersed with feeling "off." Today I have sinus congestion and a wicked sore throat.

So ... a virus has a hold on me. Or, my spring allergies have resulted in some sort of infection.

Either way, I'd rather be in my bed all day than at school.
1 comment:

especially when I am the one who keeps giving me things to do.
4 comments: 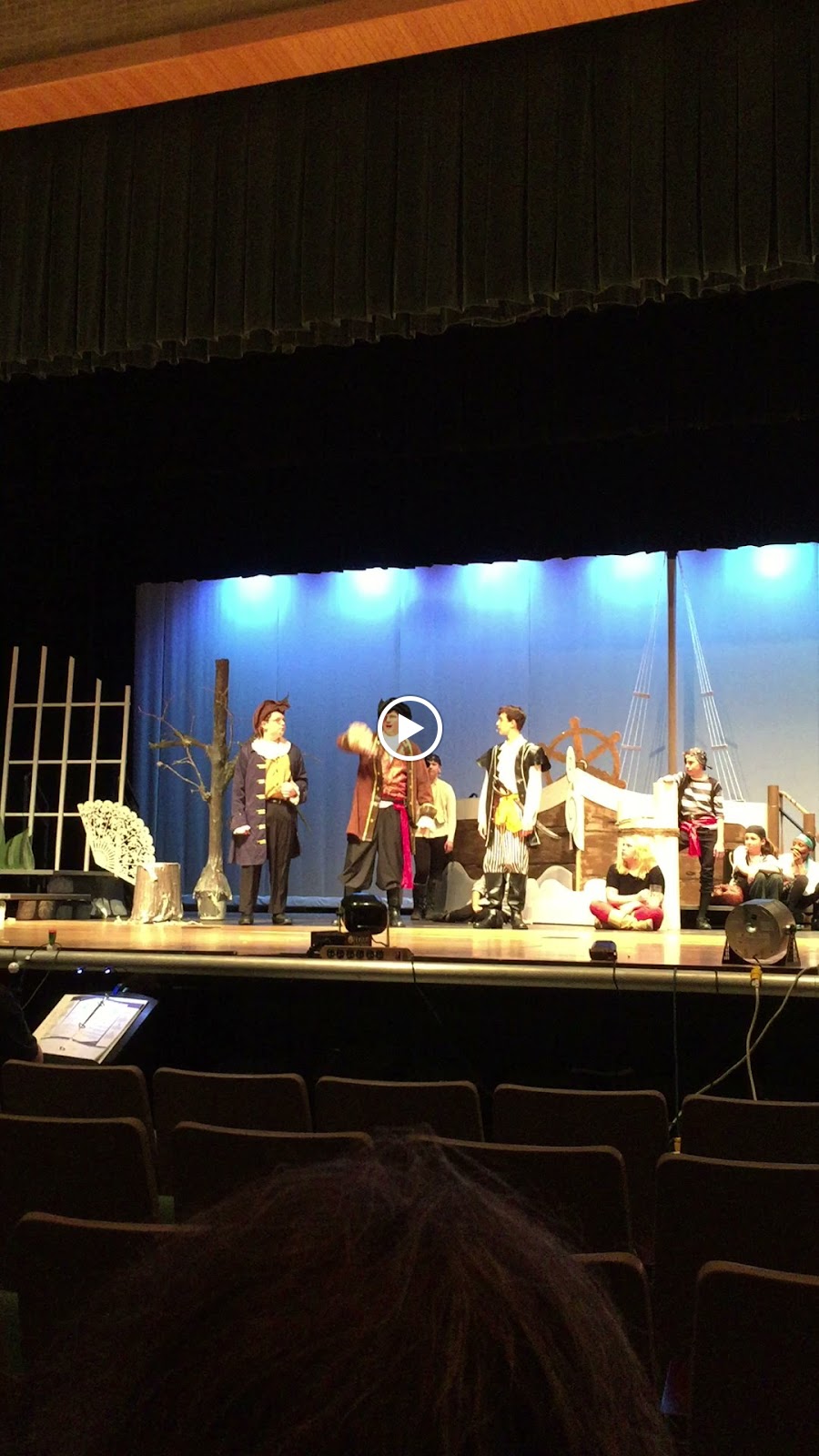 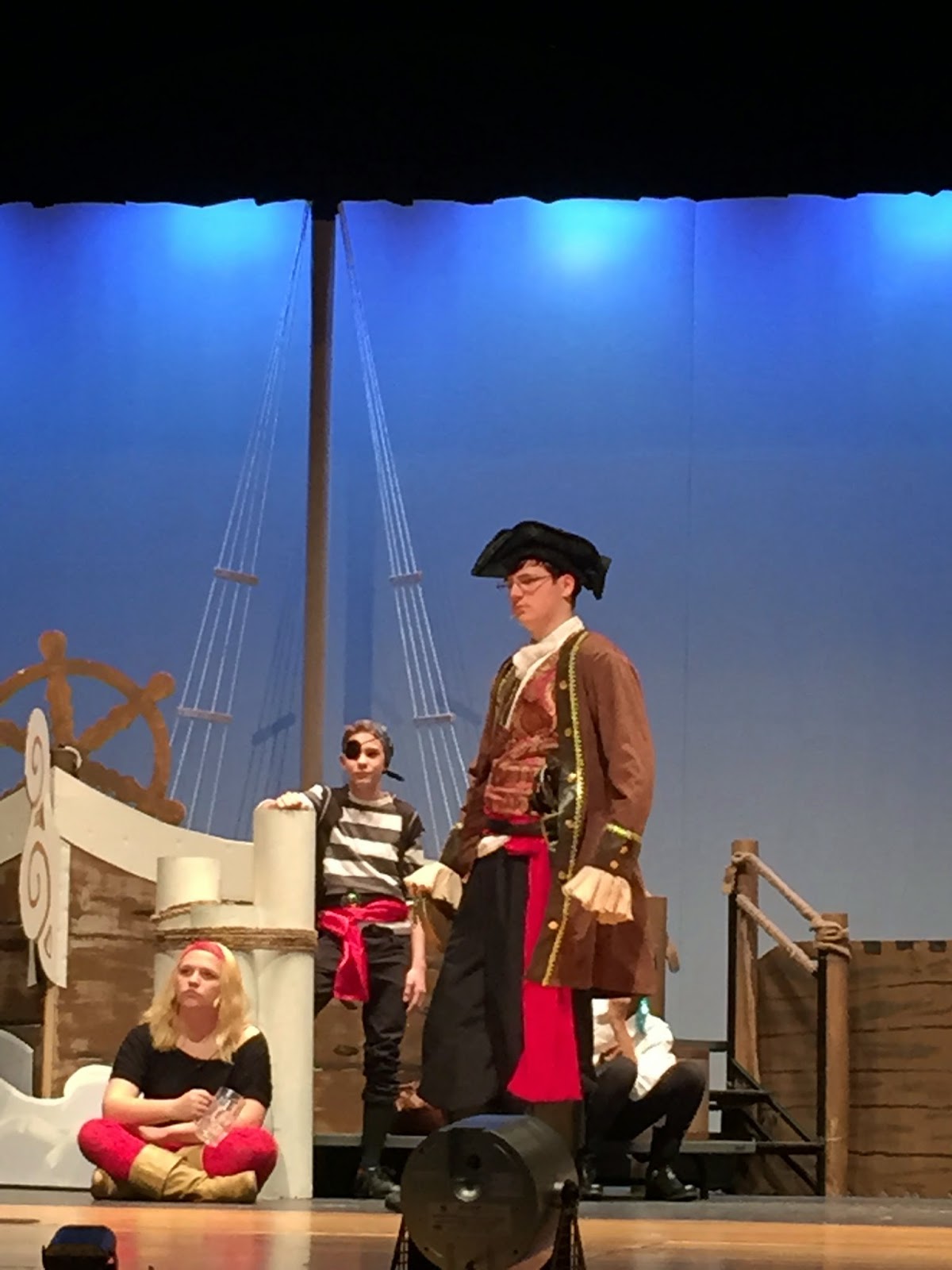 On Friday we had the absolute joy to see Matthew in The Pirates of Penzance, Jr. at his middle school. He completely wowed us. I mean, parents have a certain understanding of their offspring -- he's the one with the witty non sequiturs. She's the one who makes the leaps of connecting seemingly unrelated ideas. He's the one who loves vegetables. She's the one who only wants meat.

But there are times -- delightful and wonderful times -- when a child surprises us. When their talents or cleverness or charisma just surprise the pants off you. This was one of those times. 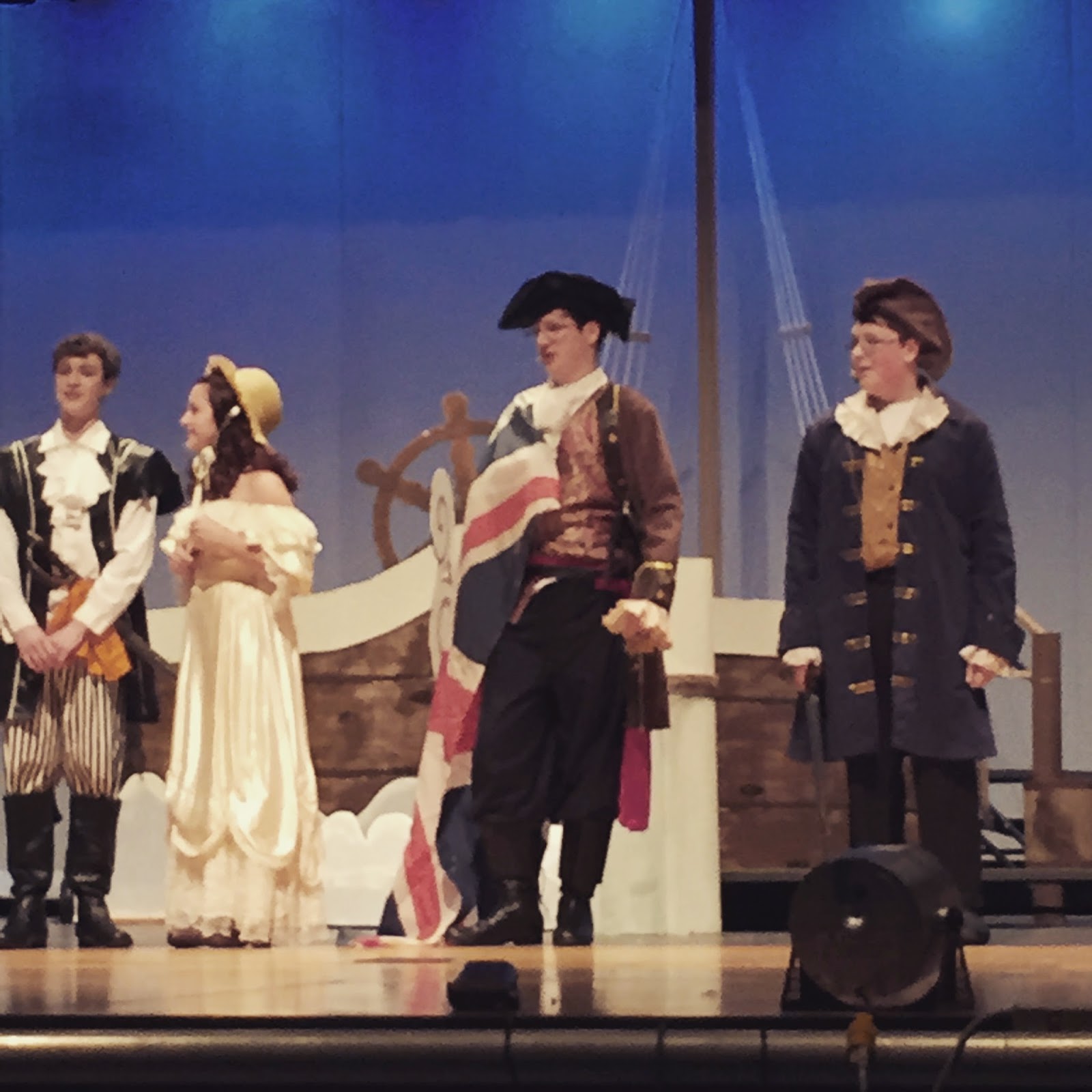 Matthew had deliberately not practiced much at home. So, we had no idea what to expect when we arrived at his middle school auditorium. His rich baritone rang out over the crowd (and much of the cast). His humorous stage business and line delivery were both charming and appropriate. He was a star.* What pride and joy!

Saturday morning I went for a longer-than-usual-for-me run. I've been trying to get back up to 5K form, with my eye on some longer events later in 2015. So far, I'd been doing 4-minute run intervals, broken up with 2-minute walk breaks, over about a mile and a half -- a few times a week. But on Saturday when the timer went off in my earbuds, I wasn't ready to walk yet. I skipped the break. And the next one. I ran twelve minutes, then took a four minute break and then ran another ten -- for a total of 2.3 miles. And I felt fine. 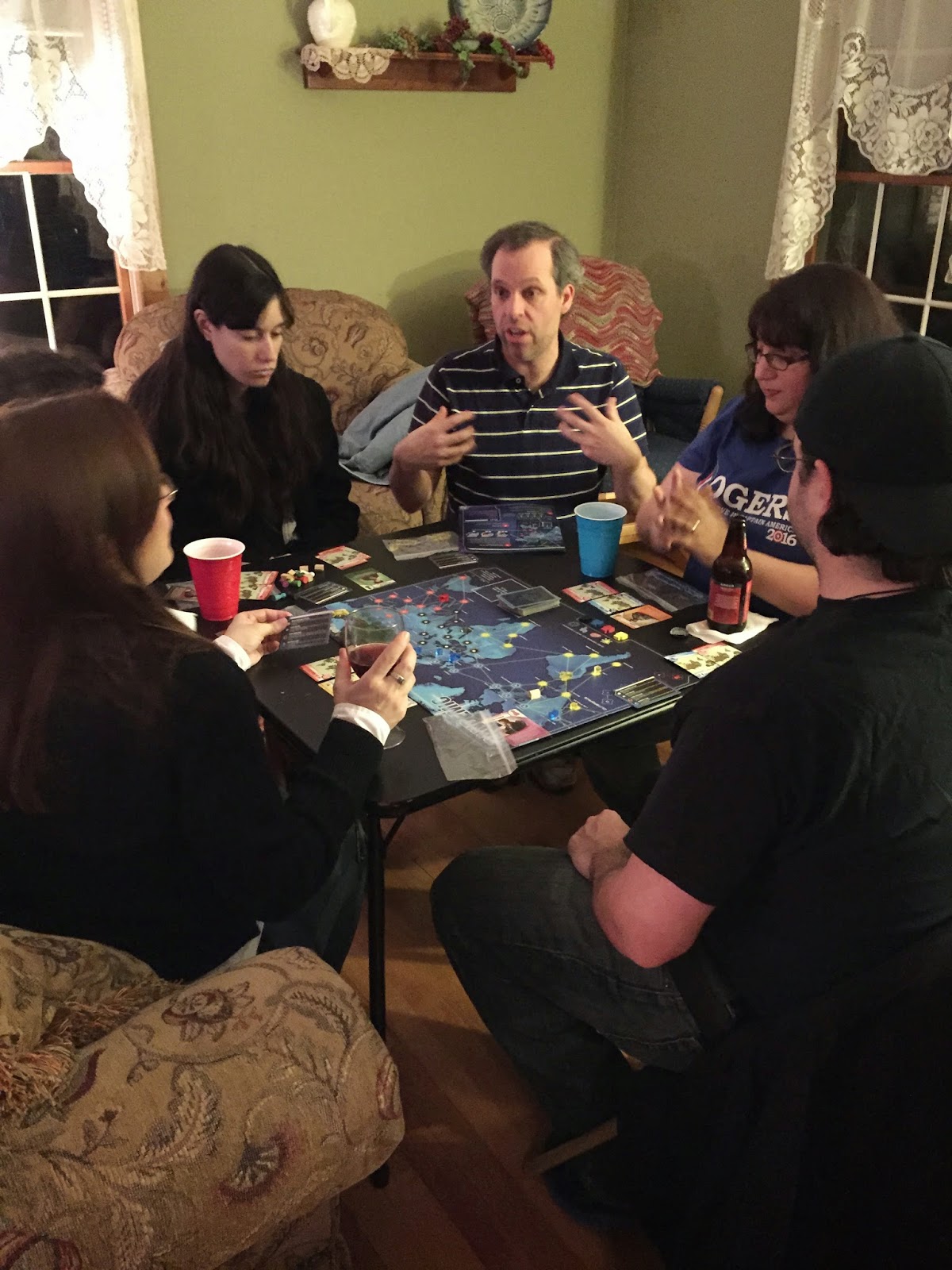 Fine enough that even after we had friends over on Saturday afternoon for a few hours and hosted Game Night** until 1a.m. that night, I wanted to be back outside again as soon as possible on Sunday morning.

So the family took a three-mile walk to/from the local Mom & Pop grocery for milk and cinnamon buns.

We mostly chilled out for awhile, and then I did my stage management things at Rent rehearsal. And then Joe and I had a movie date at the not-so-nearby-but-way-nicer-reclining-seat movie theatre to see Kingsman. A thoroughly enjoyable, violent but humorous in our kind of way, movie. I hope there will be a sequel.

And now ... back to work and proctoring standardized testing for the rest of the week. Bleah. 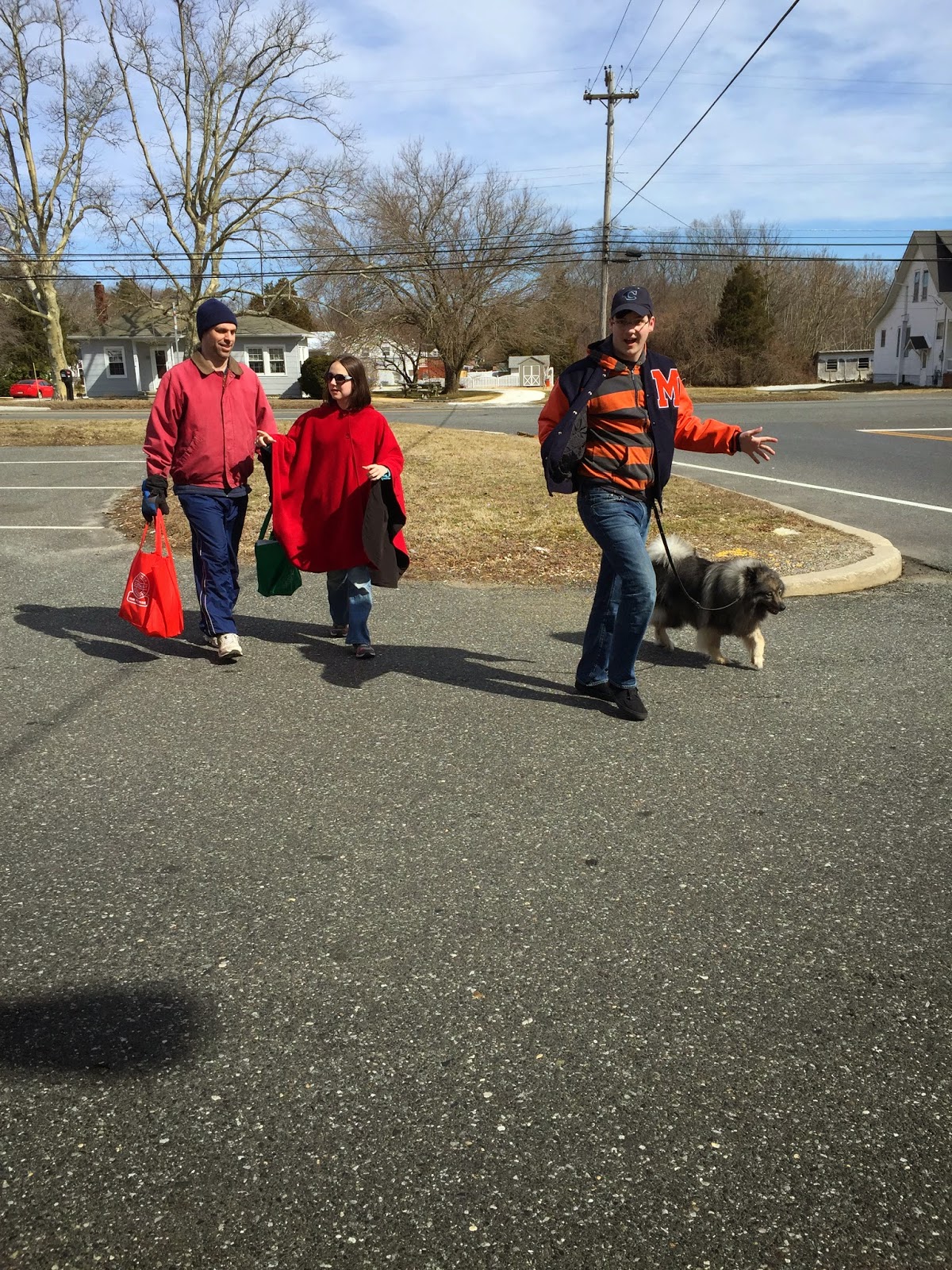 *He evidently has such a lack of pecking-order sensibility (the opposite of his sister), that he didn't even realize that having the last bow in curtain call is an honor and something every actor strives for. Despite his years of exposure to theatre, he'd never picked up on that little tidbit. He didn't know he was actually the lead.

**Over 30 people played Texas Hold 'Em, Bang, Pandemic, Hoopla, Cards Against Humanity, Forbidden Island and other games. And ate fabulous and yummy foods. Our "Monthly" Game Night has become quite a thing. I'm bummed that theatrical pursuits*** are getting in the way so we can't host one in April. 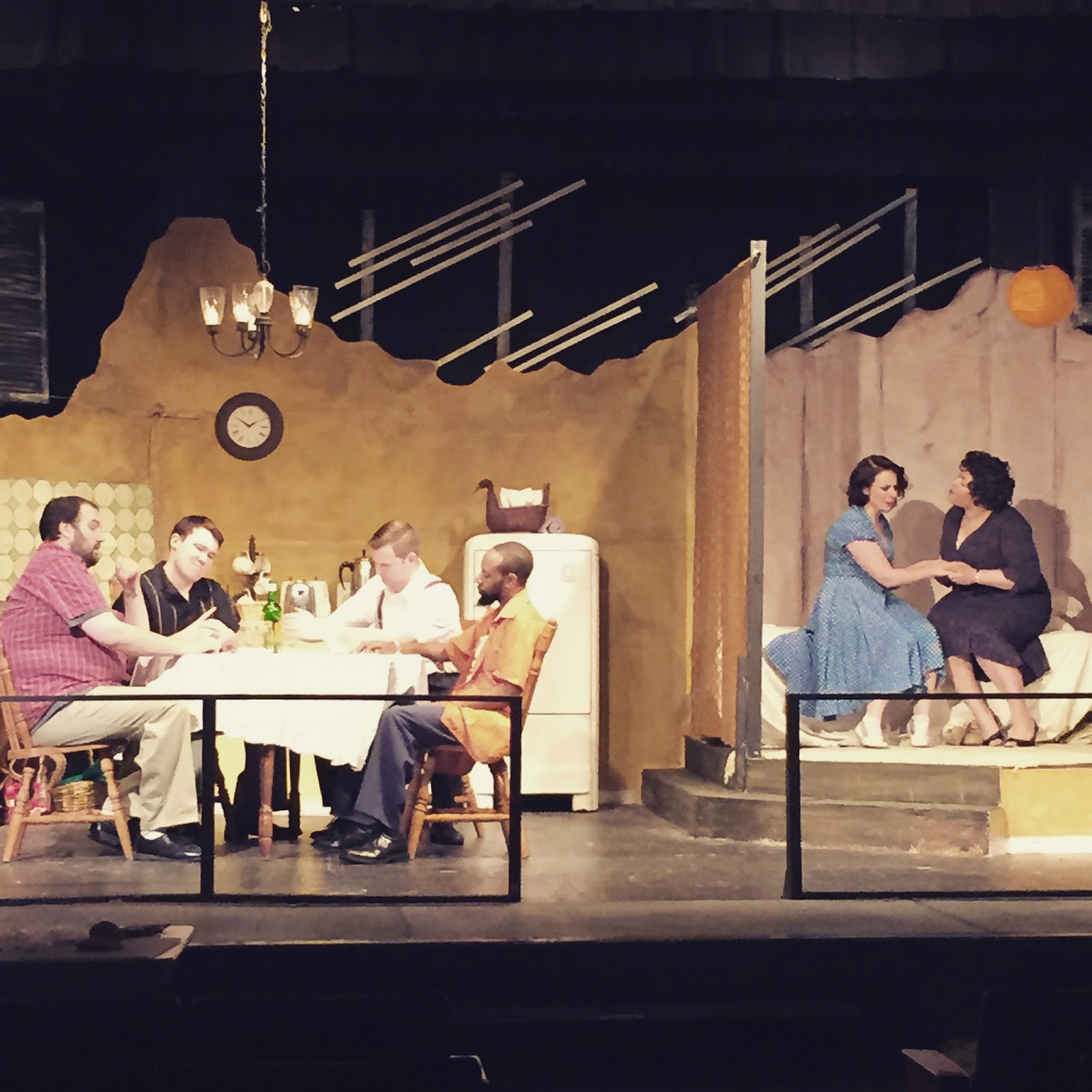 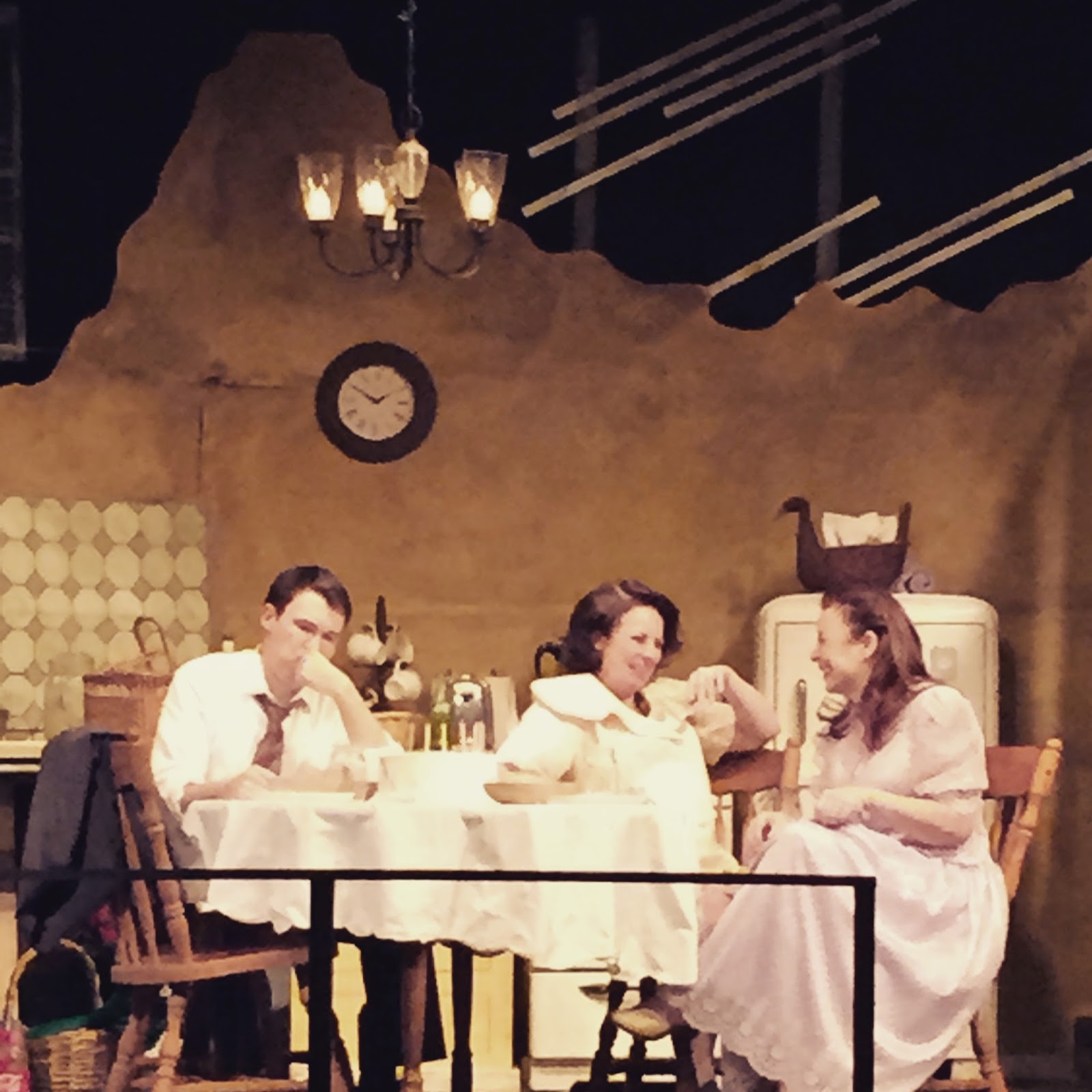 So, I directed a show. It was a phenomenal success creatively, financially and personally. I am extremely proud of my accomplishments and even prouder of the growth of the cast. The look of the show was just what I'd envisioned and the performances exceeded my imagination. It has been a long, powerful experience and a blessing in my life.

And, a la Adrienne Martini, I'm sharing this list of links I've found in my recent Internet travels.

It's amazing what stress does to the immune system. Over-scheduling ... worry ... poor sleep ... germs ... worry ... BAM ... bronchitis and sinusitis and a perforated eardrum.

I guess it's the body's way of saying, "Chill out, man, go back to bed ... relax about all that stuff." But, I would rather not, thanks. Not if this is how it has to happen.

A hammock by a mountain stream with some knitting and/or a good book (and good broadband service) is more my idea of relaxing.
No comments:

I'm a busy person. I have stress about money, work, family ... all the "normal" things.

My schedule changes this Friday, for the new marking period at school. The classes I'm getting are some of the most challenging groups in the building, and I lose one of the precious free periods of my day, as well. I am directing a show, about to stage manage a show, and my son is a lead in a third show. I teach classes at night in addition to my day job, and I co-lead an after-school club. I do the traditional "mom" stuff at home and act as major domo/cruise director for our family's extracurricular activities, schedule and socializing.

None of this is meant to sound boastful. I like busy. I thrive on it, really.

It's just meant to be an explanation and even apology of sorts to my friends, family, self ... if (when!) I neglect to count my blessings and choose instead to dwell on stressors and negativity, please forgive me.

A friend of mine is currently going through one of the toughest times anyone should never have to face. Family members (myself included) are grieving and working through the unpleasant family politics of bereavement and inheritance. Other friends struggle with health issues and un/underemployment.

My immediate family is well and safe and generally happy. I must remember to feel grateful for all I have and all I am rather than focusing on what I don't have/wish were different/regret I've done.
1 comment:

Sometimes you're having a perfectly mediocre day and then your student evaluations make you feel as though maybe, just maybe, you're really meant to be an educator. Now if only someone in higher ed would hire me ...

Folks Who are Funny

What Was That Again?